Benedict Cumberbatch filming for The Child in Time: four days around Shingle Street 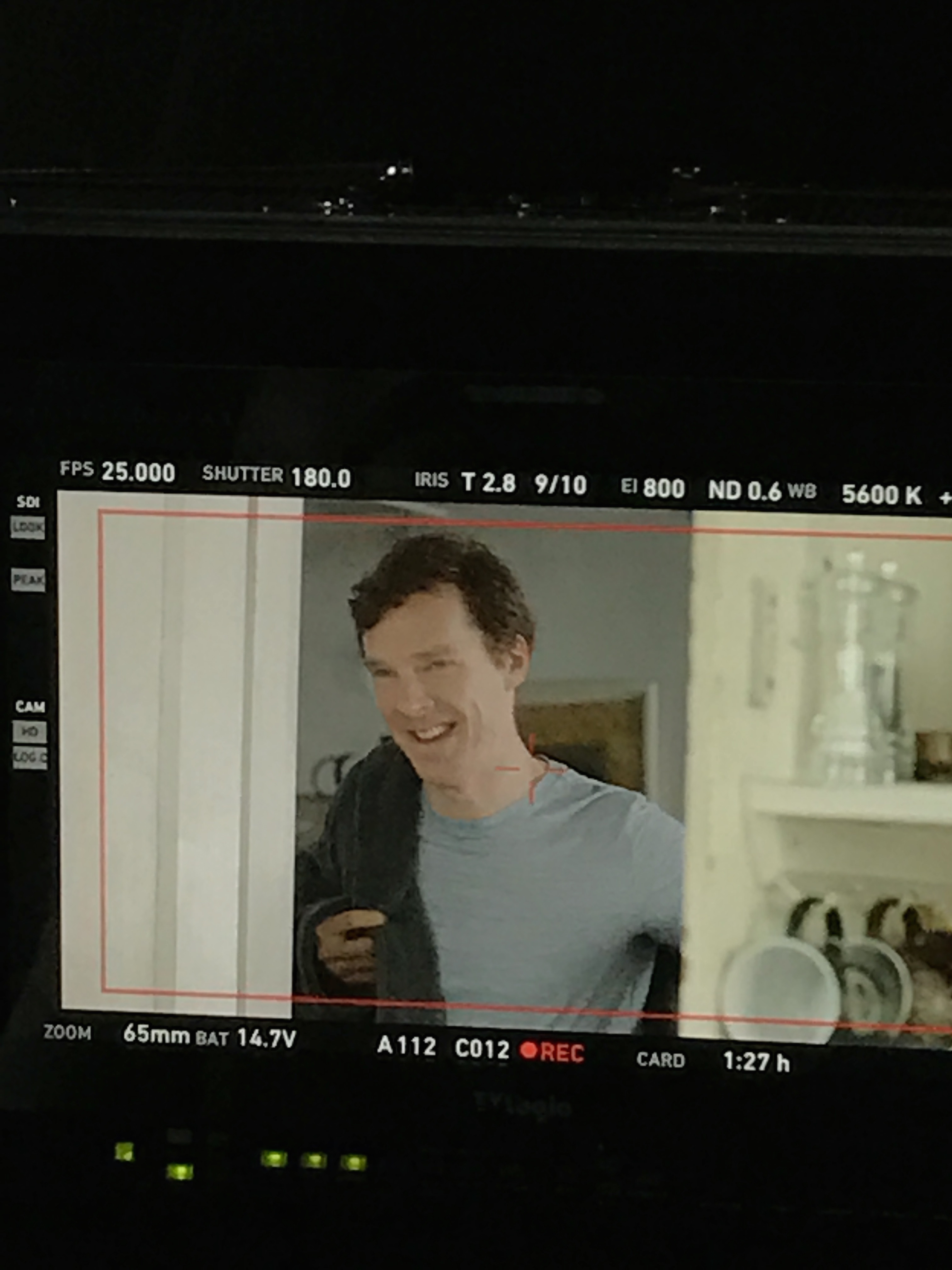 Benedict Cumberbatch and co-star Kelly Macdonald spent four days in Suffolk, filming one-off drama The Child in Time, to be broadcast on BBC One this Sunday, September 24th.

Screen Suffolk director Karen Everett explained that the production filmed in Suffolk with a cast and crew of forty, saying, “They shot all around the Shingle Street area in April this year.

“They created a small train station for the arrival of Benedict Cumberbatch’s character.

“As he walked from there along to the beach, he crossed land belonging to many local property owners, all of whom were paid private location fees.

“One of the end-of-terrace houses was turned into a pub. There we see Benedict Cumberbatch taking a pint outside to look at the sea.

“And he makes his way up to Beacon Cottage where he meets Kelly Macdonald, playing the character’s wife.”

The unit base and catering was set up at the village hall in Hollesley.

“In four days, the production spent just over £44,000 on local goods and services,” Karen Everett continues.

“It’s a shining example of why we must continue working hard to attract big productions into the county.

“That budget included 252 nights in hotels, in total, for all cast and crew members, food bought by the caterers, private location fees paid to residents, and the sums each cast and crew member was spending in local shops and pubs. On a big shoot like this it adds up very quickly.

“I must also congratulate the production on their sensitivity and good conduct throughout. Despite being on a tight schedule, filming some very distressing scenes, the team worked extremely respectfully with local residents.

“Those local resident included a badger sett, which I must mention. The only road to the location collapsed after badgers burrowed underneath it, creating a den.

“The crew was concerned that, even with a temporary bridge over the sink hole, the badgers would be disturbed as trucks rattled above them. So in fact they stopped their trucks just before the sink hole, removed load after and load of gear by hand, and took it on foot around the sink hole. Then they loaded up another truck on the other side, and carried on up to the location. This was not insignificant, it was hours of extra work and it was done in the pouring rain.

“They took advice from Natural England very seriously and didn’t complain at all about the inconvenience.”

The Child In Time is an adaptation of an Ian McEwan novel, made by Benedict Cumberbatch’s own production company SunnyMarch TV. It’s about a couple coping with the sudden disappearance of their toddler daughter.

In interviews, Benedict Cumberbatch has described the shoot as “harrowing because the situation is unthinkable for any parent… There was a point when I was worried I was getting a bit too upset in all of these scenes, which is hard to avoid.”