Yesterday Screen Suffolk had the pleasure of hosting an event to welcome the BFI’s new talent Executive for the South East.  Tom Wightman who works for the Independent Cinema Office came to The Town Hall in Ipswich to meet film makers and tell them about two grants that are available from Film Hub South East. 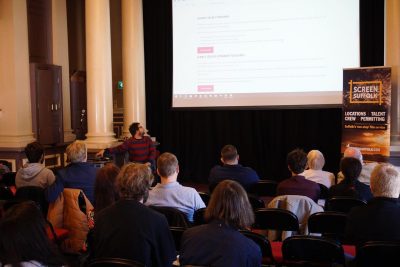 Screen Suffolk gave a talk on all the work we do in the county and then Tom briefed film makers on his two funds.  The afternoon was then open to film makers to have one to ones with Tom to discuss their ideas.

The first fund that is available is the Short Film Fund, open to anyone who is over 18 and not in full time education.  It’s a rolling fund for the next four years so you can apply whenever you are ready.  Short film makers can apply for up to £15,000.  As well as this they will also have support from Tom during the development and production of the film.  To find out more read the guidelines here.

The second fund that can be applied for is the Early Development Fund which can help scriptwriters with a treatment for a screenplay.  The BFI talent executive is then on hand to assist with the development of an idea.  This fund is perfect for new screen writers working with a director for the first time.  The guidelines for this fund are here.

Tom said that he’s met some amazing talent whilst in Ipswich and hopes that many will go onto apply for funding.  Watch this space! 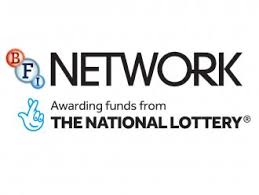