Screen Suffolk manages filming for Britten Pears Arts and they passed on a filming request they had from the BBC.

A singer-songwriter from Suffolk had suggested Snape Maltings as a possible venue for an upcoming performance.  They had chosen Snape Maltings due to it’s incredible musical heritage coupled with the unique location within the reeds which can only be associated with Suffolk. 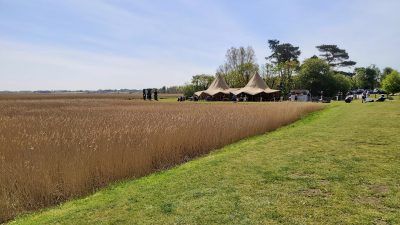 Having had initial meetings with the BBC we were told that the singer songwriter in question was Ed Sheeran and that this was a performance for Radio 1’s Big Weekend.  We were sworn to secrecy but spent the next few weeks having site meetings with the BBC to organise the filming.  They were keen to show the beauty of the site so we were instrumental in securing their drone permissions over the site. 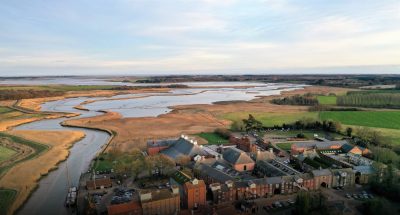 The main performance area was the famous concert hall which was transformed into a space for Ed and his band.  Ed recorded his set as live and it was thrilling to see Suffolk’s most famous artist of today perform in the space created by Benjamin Britten who himself is Suffolk’s most renowned composer. 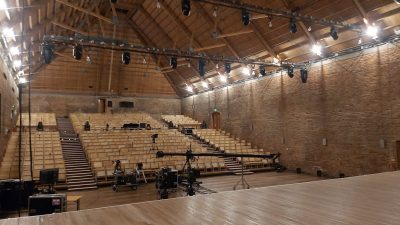 Ed showcased his new material as well as his back catalogue and you can view it by heading the BBC iplayer.

Snape Malthings always looks incredible on film inside and out, we have also helped secure filming here for The Dig the recent film about Sutton Hoo with Ralph Fiennes and Carey Mulligan.  They are among several large organisations we manage filming for including the Suffolk Wildlife Trust which also owns the marshes over the river from Snape.