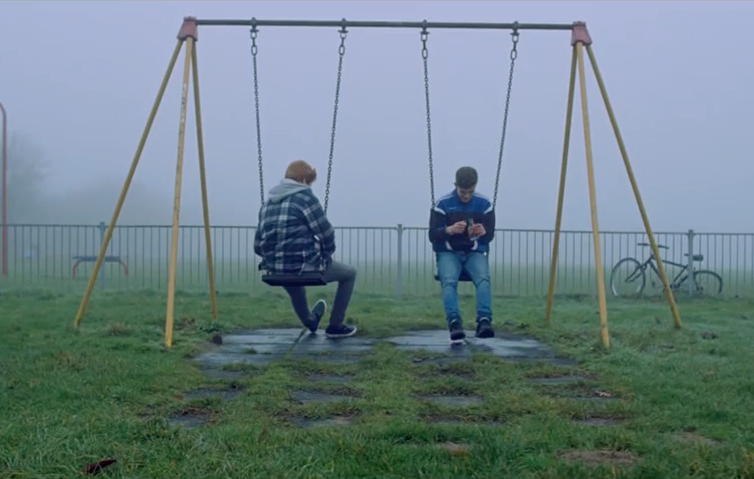 "We couldn’t have done it without their co-operation"

Ed Sheeran’s “Love Song to Suffolk” Castle on the Hill made history clocking up 13 million streams in one day, alongside a second song released at the same time. Take a look at the video here.

It was filmed in December last year and now Screen Suffolk is now able to confirm some of the locations used. They include stunning aerial driving scenes along the Brick Lane loop in Framlingham, as well as shots of Ed driving the car, and footage of him walking and singing, along Brick Lane.

Young people playing Ed and his friends as teenagers are seen around the bus stop in the carpark on View Point Road at Felixstowe port, as well as messing about in the playground and playing fields off Hyem’s Lane near Old Felixstowe.

In the East Anglian Daily Times, video director George Bedfield has thanked the community for helping in all sorts of ways: “People lent us their cars, houses, and pointed us in the right direction of people we might want to cast.

“The headmaster and staff at Thomas Mills were very helpful, as well as Spadge [Hopkins], who runs the youth centre and is the father of one of the cast.

“We couldn’t have done it without their co-operation.

“I think this goodwill says a lot about how well-loved Ed is in his hometown.”

The video was shot last month at locations across the county also including Boyton Marshes and Mildenhall Stadium. The song is named after Framlingham Castle, which appears at the end.

Castle on the Hill is expected to be included on Ed’s upcoming album Divide.