In Profile with Producer Richard Johns. 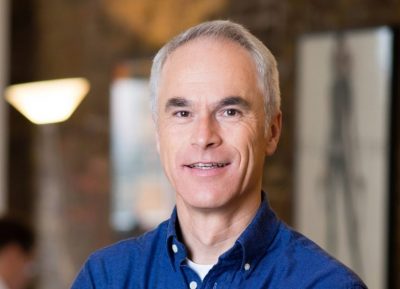 Richard  has produced and executive produced feature films and TV in the UK and internationally for nearly 30 years.  He now runs his own production company, Corona Content.  He champions Suffolk talent and is instrumental in building the industry in the county.

Home is Holbrook on the beautiful Shotley Peninsula. And like so many folks this year, home is also the office, part of the time at least. I also rent a small office space in nearby Harkstead, which helps give me some variation in my Zoom backgrounds.

I moved from London to Suffolk in 2008 and just love being here. My grandparents lived in Halesworth and we regularly drove up from home in Hockley, Essex to visit – often also staying at the Coastguard Cottages in Dunwich, long before the National Trust took them over and they were wonderfully rough and ready at the time, the whole area was a natural playground. So Suffolk has always felt a bit like a holiday destination, as of course it does for visitors but there’s something about the pace of life here that encourages people to think, experience, and imagine – to live in the moment – whether they’re just visiting or whether they live here. That’s one of the reasons I suspect there are so many creative people of various kinds in Suffolk. Also the reason it’s a great place to bring up kids, and I’m lucky enough to have three boys.

I was running a student society that decided it needed a video – and I volunteered to produce it, not knowing of course what the hell that meant. But university was a great place to learn some basics, such as the critical importance of providing good food for your crew… I actually got a “proper job” in marketing after university as I thought that was just the right thing to do – there was absolutely zero history in my family of working in the industry. But three years with a consumer goods giant convinced me that soap was not going to be my personal future. Advertising was quite interesting to me so I thought I’d try and make some ads. I was lucky to meet some producers who had just set up the first independent production company in the north east of England, where I was based at the time. They wanted someone who knew something about marketing so we sort of learned from each other and that was the beginning.

My very first production was a two-video pack of exercises for pregnant mums. Learned a lot on that one. It was a co-production with North Tees Health Authority – they gave us the mums, physios and midwives – and we put it together with presenter Maggie Philbin, my first brush with a TV presenting star – very exciting at the time! We sold enough videos in stores to cover our costs and then we were offered a deal to sell it to Leningrad Network Television (i.e. before it was renamed St Petersburg) – I kid you not. They literally only had one ante-natal class for a region of 50 million people so understandably were interested in content to help mums prepare. I spent a week in Soviet TV world but unfortunately they had no cash so I had to negotiate a deal in kind, and was offered everything they had a surplus of including chandeliers and zinc ore. Sadly I couldn’t find a UK buyer so the deal came to nought … but the experience was fascinating to me as an entrepreneurial challenge, something I have always relished and still do to this day. Creating something completely original, and at the same time finding a path to an existing audience.

Plenty…. About 20 feature films, a similar number of TV shows, and before that ads and videos of various kinds. There are a couple that have originated in Suffolk – including our low budget horror Truth or Dare, written by Ipswich based screenwriter Matthew McGuchan and filmed at Kentwell Hall; and comic thriller The Liability, written by Mistley resident (OK, it’s Essex, but only just) John Wrathall.

Honestly I’m proud of all of them. That’s in part because it is hard making films and TV (for me, at least!) – so I feel a sense of achievement after completing each one. Also some that really reach out to do something truly original and bold. My first film Killing Time, which director Bharat Nalluri and I dreamt up in a pub one day and sold to Columbia TriStar 7 months later. Shadow of the Vampire, with iconoclastic and visionary director Elias Merhige, which garnered two Academy Award nominations including Best Supporting Actor for Willem Dafoe.

Be passionate. Be persistent. Be professional.  Make friends as much as you can. Compliment people – however ‘big’ they may be, people always like being complimented on their work. It’s often a great way in.

Constantly moving and creating to meet the demands of global audiences as technology continues to change – and as the theatrical model continues to get absolutely hammered by the effects and after-effects of Covid.

It’s vital for Suffolk based professionals to build their network – and to realise there is a big number of other, like-minded professionals who happen to live in the county, and might even live in the same village. I just met a wonderful documentary producer in my own village!

How has Covid-19 affected your business?

It’s been hard, as it has been for everyone. But it has been a good year for development! So, we’ll have two or three big projects hopefully ready to go in 2021. Watch this space….