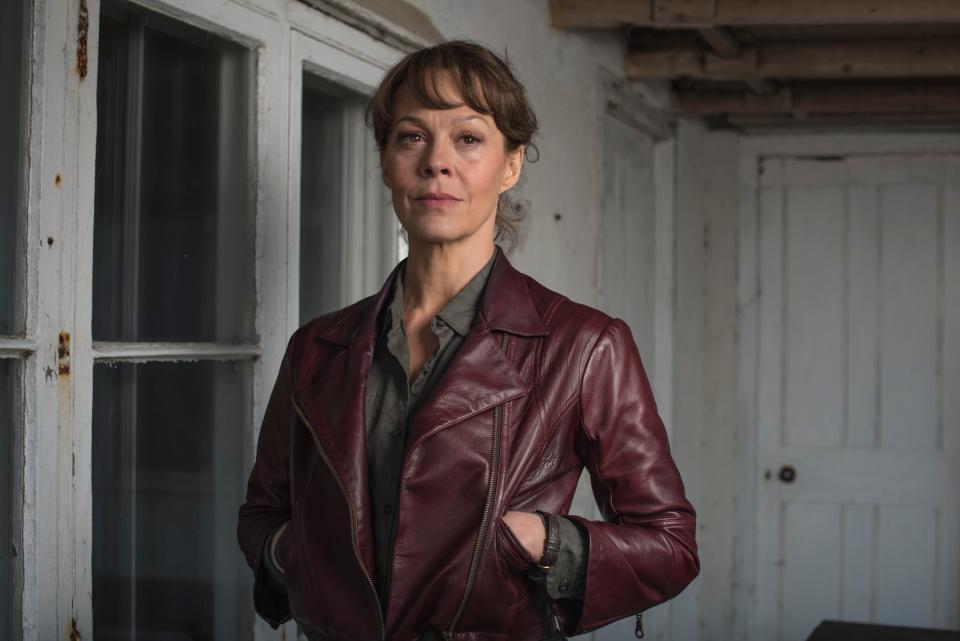 "You can't get that look, or create that mood anywhere else - certainly nowhere inside the M25"

A lawyer, with a past in the county, now living in London, believes her client has been wrongly convicted for the murder of a Suffolk school girl. Here’s the trailer.

Helen McCrory stars in the drama inspired by real-life lawyers Gareth Peirce and Helena Kennedy, renowned for their unflinching dedication to clients’ causes.

The Screen Suffolk team spent two days last autumn with the show’s director and other key members of the production, showing them around locations suitable to the storyboard.

Screen Suffolk director Karen Everett says, “It became obvious very early on that this, almost David Lynch style, they were looking for, could best be achieved here in Suffolk. They needed a very distinct landscape that would play an important role in expressing the psychology of key characters.

“We looked at roads that might work best for some of the stunts needed, open spaces and beaches. We’re really looking forward to seeing how it all comes together in the show.”

In the six-part series, dedicated solicitor Emma Banville works tirelessly to free her client, coming up against police and the intelligence services in the UK and abroad which are seeking to keep the truth buried.

The series’ writer, Patrick Harbinson has said he leapt at the opportunity of a legal series inspired by the work of real-life lawyers like Gareth Peirce and Helena Kennedy. He said, “Much of the work I’ve done in America in the last ten years (24, Person of Interest, Homeland) has been about life in the post 9/11 (and post 7/7) world. The so-called War on Terror has put serious stress on the ordinary workings of the law. National security justifies all sorts of police and state over-reach – and the great majority of us are prepared to accept this. So I wanted to create a character who challenges these assumptions, who fights for those outside the normal run of society, and who is uncompromising, difficult, and completely indifferent to unpopularity and danger.”

Assistant location manager Chloe Misson agreed that only Suffolk could have provided the landscape needed, saying, “You can’t get that look, or create that mood anywhere else – certainly nowhere inside the M25. And we found our Suffolk locations really accessible from London.

“We stayed in Suffolk for two weeks last autumn with a cast and crew that ranged from 20 to 50 depending on the day. Then we went back in February for lots of driving shots.

“Suffolk looks amazing. It features from the opening episode all the way through, in a series of flashbacks, as well as current-day action. We filmed at Bentwaters Parks and the countryside around it. The way those hills roll – the way they look if you are out on them – we captured something very rural, very isolated. We also shot some great scenes at a beach house.

“In the show, the family of the murdered girl are still living in Suffolk. The girl’s Suffolk school is very isolated – and this helps you to understand the characters. The main character, Emma, was a young lawyer in Suffolk, so she has an affiliation with the county. Through a series of flashbacks we learn about some of the problems she faced there as a young lawyer. The case she’s working on triggers those memories, taking her back to this other time and place.

“What all this does is create a fantastic juxtaposition with the scenes filmed in London, in particular with Emma’s life in Waterloo.”

Screen Suffolk director Karen Everett concludes, “We believe that Suffolk has the ideal locations to build TV series’ around. We’re delighted the production chose to base and spend their production budget here for two full weeks of their demanding shoot. We expect the series will prove to be a fantastic showcase of what the country has to offer filmmakers.”