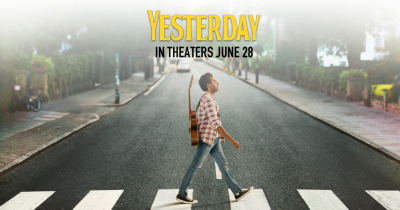 We had a fantastic time at the Premiere of the Danny Boyle/Richard Curtis film that is set in Suffolk.  The venue was the Palace Theatre in Gorleston and all four screens were showing the film.  Extras, crew and anyone locally who’d helped with the film were invited.

We were in Screen 2 and as we waiting for the screening the pupils and staff from Ormiston Denes High School in Lowestoft streamed in.  This was the location for all Lily Jame’s school scenes as her character plays a teacher.  There was a fantastic atmosphere at the theatre as we patiently waited for the film to begin and when Ed Sheeran, Danny Boyle, Richard Curtis and Kate McKinnon walked in there was genuine surprise.  They did a lovely chat about what a pleasure it was to film in the region and then introduced the film. 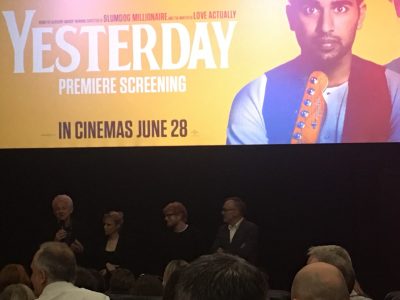 The film is filled with joy and tears and is classic Richard Curtis, there are laughs a plenty and the Suffolk locations look amazing – it was lovely settling down and watching this love story to the county as well as the love story between Himesh Patel and Lily Jame’s characters Jack and Ellie.

Make sure you go and watch it from this Friday 28th when the film releases and stay for the credits so you can see the with thanks to Screen Suffolk!