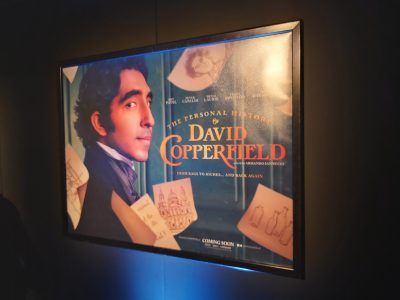 Screen Suffolk grabbed the chance to watch an exclusive pre-release screening of The Personal History of David Copperfield with both hands this week. The film’s European premiere opened the BFI London Film festival this week. We headed down to the Victoria Embankment, to a pop up cinema, to watch this much awaited film and it didn’t disappoint. 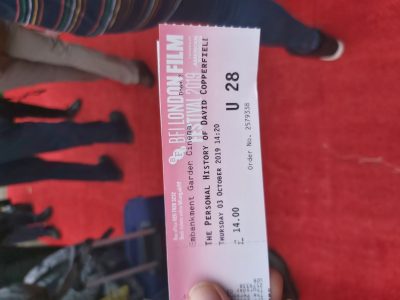 Armando Ianucci’s star studded adaptation of his semi autobiographical book was a delightfully light hearted look at Victorian London. When the film airs in January 2020 it’s bound to be a box office hit.

Screen Suffolk helped turn two squares in Bury St Edmunds into Victorian London and it was great to finally see the results – the Angel Hotel is clearly identifiable as is Chequers Square.  Screen Suffolk can’t thank West Suffolk District Council enough for all their help with organising the filming.

It’s been a busy week for Screen Suffolk with the build up to the premiere and we loved appearing on Look East earlier this week.

It’s always thrilling to see the ways that Suffolk can be interpreted on the big screen, our county has such a variety of locations – if you have a location that you would like to register with us you can do so here.