Filming in Suffolk sets the scene for BritBox’s Magpie Murders

Magpie Murders will be available exclusively on BritBox UK from February 10th. Screen Suffolk helped find all the Suffolk Locations for BritBox’s latest new crime drama. Magpie Murders, which stars Lesley Manville, Daniel Mays, and Tim McMullan, is an unorthodox detective series with a twist, adapted from the bestselling book of the same name by Anthony Horowitz.

The story is set in Suffolk and Screen Suffolk locations used include Kersey Village, Woodbridge, Monks Eleigh and Ipswich.

The series is a murder mystery within a murder mystery, spanning two time periods. Kersey Village in Babergh, Suffolk, was transformed into 1950’s Britain in May last year. Kersey is one of Suffolk’s most picturesque villages and Screen Suffolk worked with the locations team, residents, and councils to ensure that the two week road closure caused as little disruption as possible. 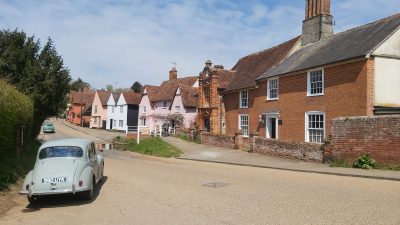 The locations team from Eleventh Hour Films approached us looking for the quintessential Suffolk Village. Babergh/Mid Suffolk was our first port of call and after a few days of looking at several villages Kersey was chosen. It’s such a lovely village with so many period features, and once the art department had painted houses and placed period cars you feel transported to the 1950’s.

Jill Green who executive produced the show says of the Suffolk filming:

‘Suffolk is at the centre of Anthony Horowitz’s Book and also close to my heart as a place I know well and have always wanted to film in more often.
The Village of Kersey became a dream location for us as every resident there really welcomed us and aided a complete takeover so that we could achieve smooth filming . Some villagers even appear in the drama. A huge thank you again to everyone for making things possible-and to Screen Suffolk for their key support.’

Other locations that were used across Suffolk were Woodbridge Train Station and Suffolk One College which was dressed as a modern day hospital. Screen Suffolk worked with the locations team to set up the filming and a group of students benefited from a talk by the location manager. 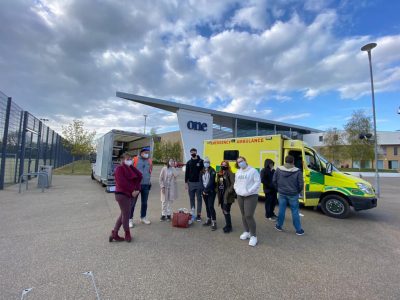 We are committed to building a strong workforce in Suffolk for the film and television industry, and the knowledge passed on by the team to the students at Suffolk One is just one of the ways to help. Screen Suffolk knows the importance of grassroots education and frequently delivers information sessions at schools and colleges across the county.

Not only did Suffolk play Suffolk but Ipswich also doubled as London in many key scenes with driving and walking shots taking place at various locations across Suffolk’s county town. 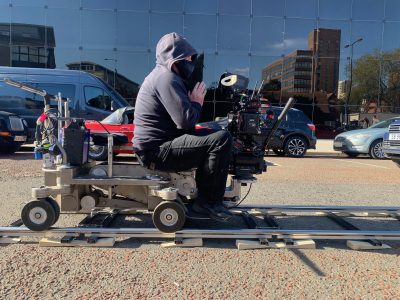 The use of Ipswich as London shows just how versatile Suffolk is for productions who are looking to film in the area. It’s great to have the local knowledge to be able to pinpoint exact streets that look just like North London as well as villages that can be morphed into period streets.