Screen Suffolk had the pleasure of talking to Lucinda Thakrar, one half of Picture Perfect production company recently.

Lucinda, along with her husband and business Partner Jeet moved themselves and their business to Suffolk five years ago. 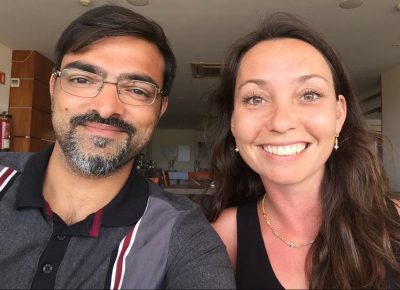 Picture Perfect have produced all of the popular ‘Hooligan’ series of action films as well as Curse of the Witching Tree and Robin Hood The Rebellion.

Picture Perfects latest release, Hooligan Escape, was shot entirely in Suffolk.  The film follows a group of football fans to the World Cup in Russia where they end up incarcerated.   Bentwaters Parks in Rendlesham doubles as the Russian prison. Not being from Suffolk originally we were keen to see why Lucinda and Jeet chose to head east. 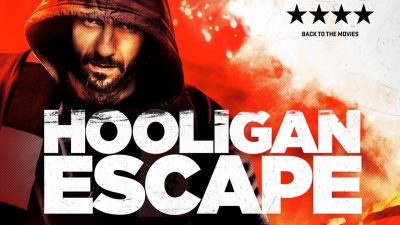 SS – What drew you to Suffolk in the first place?

LT – ‘I have to be honest there really was no draw to Suffolk initially. Jeet and I literally put our finger on the map and went house hunting. That’s kind of only half true. We had recently completed a theatre tour and stayed in a beautiful and serene area in Devon. It made us question the hustle and bustle of city life. As film makers we spend most of our life either on a film set or in pre and post production so the majority of time is spent in meetings or at a computer. Our films take us anywhere and everywhere location depending so there really was no need for us to stay in London any longer. The only thing of course we do miss is our family.’

SS – What’s the main difference between shooting in Suffolk and London?

LT – ‘We have found there are many benefits to shooting in Suffolk, one being that everyone is always ready to help and support, especially being Suffolk based producers. Locations, accommodation, catering etc is not as expensive as London and apart from the amazing views, Suffolk is generally a very nice place to work. We have most locations you could ever need for any genre and its accessible to London. You can grab a coffee, read a magazine or check your emails and in no time you’ll be pulling into Liverpool street station.

SS – How do you think having a dedicated film office could help the Suffolk film industry?

LT – It will help with connecting talented individuals living in the county with other productions coming to shoot in Suffolk. For instance we brought a lot of cast and crew from London to shoot last year as well as using local crew. We would like to use more people living in the area and that is something I know a film office can help with. Its also about having a familiar connection for locations and other facilities in the area that they can trust. Screen Suffolk have a large database of local talent.

SS –  How important is it for you to use local crews?

LT – It is very important for us to use local talent and also show that you don’t always need to bring crew from other areas when we have so many skilled people already living here.

SS – In terms of locations what’s so great about Suffolk?

LT – As I mentioned before, we have a vast array of locations to suit every genre. We have the towns and cities and also the rolling countryside and manor houses for period films. There are also facilities here if you wish to build sets.

SS – Bentwaters Parks has got planning permission for a sound stage, how do you think this will impact on the regions film industry?

LT – It’s hugely beneficial especially for us as Suffolk based film makers. We love shooting at Bentwaters and the expansion will allow us to build sets and utilise the area even more. It will also attract productions further afield hopefully creating more work for our local talent.

SS – Where are you hoping to shoot your next feature?

LT – We are absolutely looking to shoot our next feature in Suffolk and even if it’s not the full feature it will be a high percentage. We shot a feature film at Bentwaters Parks June 2017 and also for a few days on another feature November 2017 with the lovely Kristian Nairn (Game Of Thrones) and most recently May 2018.

SS – Can you tell us anything about your next feature, present day? Historical?

LT – ‘We have several films on our slate that vary between genres. We have historical action feature we are currently working on along with a crime thriller.