Oscar winner Anna Paquin and Ray Winstone lead the cast of ‘A Bit of Light’.  The film follows Ella (Paquin), a newly sober mother who is living with her father (Winston).  The film focuses on an unlikely friendship with a teenage boy.  The film, directed by Stephen Moyer, had its premiere at the Raindance Film Festival on October 29th and goes on general release at the end of November. 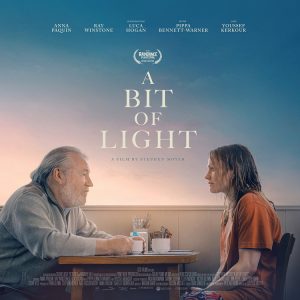 The production was primarily filmed in Suffolk and Screen Suffolk were responsible for finding and managing some of the key locations.

Cherry Lane Park in Ipswich is used throughout the film and is the place where Ella first meets teenage boy, Luca Hogan, who finally gets her to believe in her self worth. 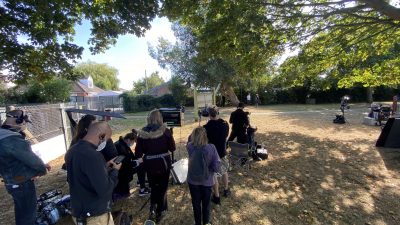 ‘We were contacted by the production as Stephen Moyer really loved Cherry Lane Park above all the other parks in Ipswich.  We worked with residents and Ipswich Borough Council to close the roads.  It’s a popular dog walking spot so we worked with walkers to ensure they could still take a walk round their park when filming was taking place’

Screen Suffolk also enabled the filming in Leiston, the house Ella (Paquin) shares with her father is in the town. 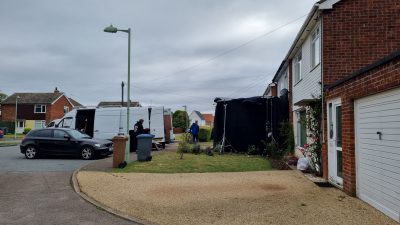 Lucinda Thakrar from Picture Perfect Ltd produced the film and said of the filming:

‘Its always amazing to shoot locally and have the support of Screen Suffolk and all the residents.’

Framlingham, ever popular filming destination also featured, it was such a pleasure that such a large part of the film was in the region.

‘We love filming in Suffolk and as Picture Perfect are based here is makes so much sense. The people are great and the locations this county have to offer.  We are currently wrapping our 10th movie shot in the county and plan to do much more in 2023’