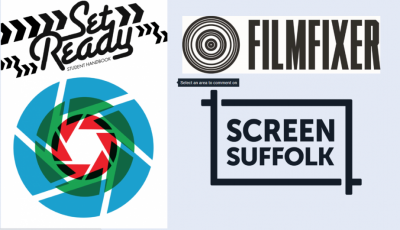 Areas covered during the training range from job profiles, the different departments, on set glossary of terms, getting the job and work on CV’s.  Participants learn what to expect on set from how to use a radio, tasks required and the dos and don’ts of on set behaviour.

‘Students had the chance to speak with professionals, some of which were on location at the time, and really delve into areas such as set-etiquette and personal finances. This training leads towards paid work placements whereas individuals will have the chance to work on-set for productions in the region’

The students wasted no time in putting their new found set skills into practice and last week were on a film project at Bentwaters Parks famous Hush House.  The Level 4 Digital Film Production joined deparments including Carpentry, Music Technology, Media & Makeup and  made a music promo which was Produced by Doug Wade and directed by Ben Pryke, who was Executive Producer for the award winning short film MAXIMUS. 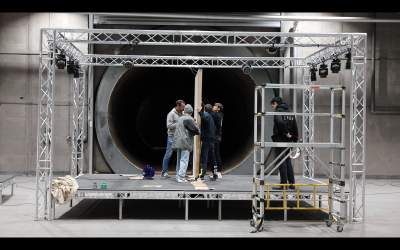 The Music Promo by Digital Saint Film is for up and coming band, THREE YEARS YOUNGER – EP CLOSE THE DOOR and shooting at the fantastic Bentwaters Parks, The Hush House. Written, produced and performed by Megan and Charlie Simpson during lockdown, the song tells the emotional story of coping with the struggles and loneliness of being locked away from the world. Their goal is to visually represent this with physical separation as well as emotional.  The results are stunning as you can see from our exclusive behind the scenes images. 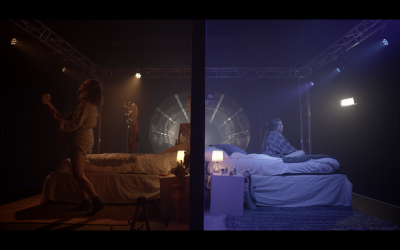 Watch this Space.  The video will be released soon and news about a new short film from West College will follow too!